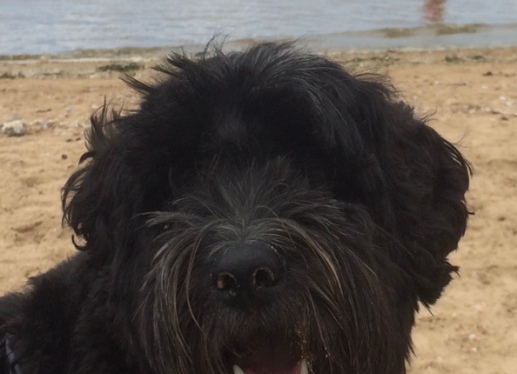 The dog loves a car ride as much as the next person – or possibly, a lot more! There’s nothing he likes better than being shepherded outside the front door and lifted up into the hatchback, where his travelling crate awaits him. His nose goes into overdrive as we drive along, twitching frantically between the bars as he tries to work out where we’re going. Will it one of his favourite places, such as the park, or maybe – even better – somewhere new? Claws crossed it won’t be the vets!

As soon as we get wherever we’re going he snuffles his way enthusiastically out of the car, drawing in lungful’s of new and exciting scents, and gazing around to see if there are any other friendly dogs on the horizon that he can chat to. He always sees a car ride as a pleasurable experience – a joy to be savoured, rather than just a means to an end, so I can’t help thinking that the dog would have really enjoyed the early days of motoring, when people seemed to go out driving mainly for pleasure; stopping here and there for roadside picnics, and admiring the scenery as they chugged along the almost-empty roads.

At the end of last year, when I was editing and preparing some wartime diaries for publication (‘Loughton in Wartime’, published by The Loughton and District Historical Society, 2018), I was lucky enough to be able to borrow some other volumes of the same diary from the family of the original writers, some of which had been written before the war, in the 1930s.

In these volumes, the author, Richard Norman, described the car he owned in 1937 – it was a 1934, 6 cylinder, 16 horse power, Morris Oxford, and it was painted green with a black top. Richard called it ‘Moll’, and treated it very much as a member of his family. He and his wife, Elsie, spent a lot of their free time motoring around the lanes and villages of Essex, Hertfordshire and Cambridgeshire, and then, for longer holidays, driving much further afield – the Cotswolds, Devon, Cornwall, Wales, Scotland and everywhere in between.

Before starting each holiday, Richard would write to the AA for advice, and a few days later he would receive back a map and a suggested route, with recommended stopping places. Over the course of a few years, they seem to have driven to almost every corner of the UK, staying in hotels and inns here and there for one or two nights, before hopping back into ‘Moll’, and setting off down the nearly empty roads, to the next place on their route.

Richard and Elsie didn’t have a dog of their own (although they were always very happy to stop and say hello to other people’s), but I’m sure that if they had, it would have been perched on the back seat, nose pressed to the slightly-open back window, sucking in the exciting smells along the journey. He or she would have enjoyed the ride as much as the humans in the car, back in those long-gone days before traffic jams, bus lanes and double-yellow lines – although I’m sure it wasn’t all a bed of roses (or a box of dog treats, as the dog likes to say) – they also didn’t have Satnavs, heating, air conditioning, or (according to Richard Norman), reliable brakes – so maybe today’s driving isn’t all bad… 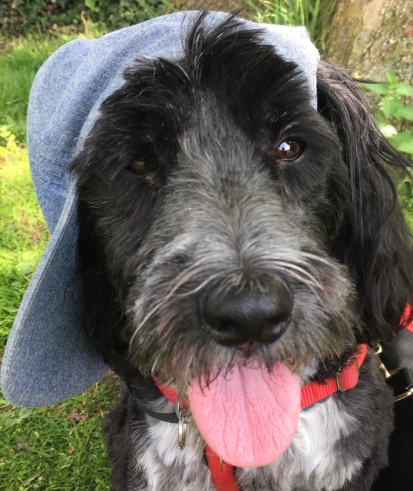 I’ve always been interested in accessories – not bags, hats and matching shoes (I’m not that type of person) – but more gadget-type accessories. Phone cases and styluses are a good example (or should that be styli?), and writing accessories are well up there on my list of things to look out for.

Obviously, I do a lot of writing on a laptop, but that doesn’t stop me acquiring vast quantities of pens (the more unusual and interesting, the better) as well as notebooks, files, folders and anything else that’s likely to be found in a stationary shop.

The dog shares my interest in accessories, and he is always enthusiastic when I come home and show him a new pen with a flower on the end of it, or maybe a fancy pot for storing paperclips. He’ll look at it from all angles before pressing his nose to it and inhaling deeply, drawing in all the smells that tell him the full history of whatever it is that I’ve bought. He has plenty of accessories of his own, as well; a variety of hats, coats (waterproof and otherwise), leads, harnesses, collars, blankets, toys (chewy and otherwise), a range of festive jumpers for Christmas time – and even a selection of bow ties, for those more formal occasions.

I can never quite make up my mind whether shopping for writing accessories is a way of procrastinating, when I’ve got plenty to be doing at home, or whether it’s genuinely helpful – do I really write better when I’ve got a new pen to take notes with, or a new notebook with fancy, handmade pages, to write the notes on? Who knows, but it’s all part of the fun of being a writer so I’m going to stick to it – probably using that new, bright green, flower-shaped pack of sticky notes that I’ve just brought home and shown to the dog! 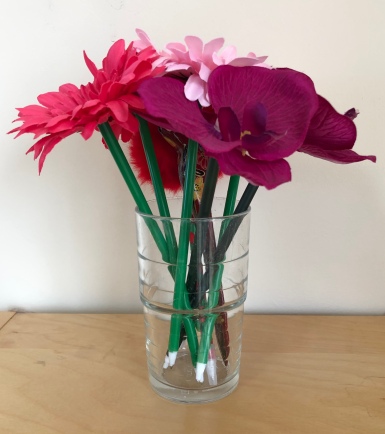 About once a day, the dog has a mad five minutes – running around the room from one side to the other, jumping up at anyone who is in the way and flinging toys about in all directions. But it doesn’t last long. After a short while he leaps onto a comfy chair and – incredibly – settles himself into ‘sleep’ position while still airborne, bouncing down onto the cushions with his front paws folded and his eyes already shut. He’ll sleep soundly – maybe for two minutes – and then he’s up again, whizzing madly about the room, energy fully restored.

When I’m writing a story I tend to work quite furiously as well – switching on the laptop as the children leave for school and typing away until the minute they arrive back on the doorstep – but sometimes a story or a book needs a power nap, just like the dog does.

When you’ve stared at your manuscript for too long, it gets very hard to see what works and what doesn’t, or to glimpse the bits that are going to need changing. After I’d been writing for about two years, I met an agent who gave me some good advice. She told me that when I thought I’d finished my book, I should put it aside, and leave it completely alone for a few months. At first, this seemed like a complete waste of time to me – but then I tried it – I’d just finished the first draft of something new, and I did as I’d been advised, putting the whole thing away and leaving it well alone. When I came back to it a couple of months later, I was amazed – suddenly I could see loads of mistakes that hadn’t jumped out at me the first time around. Characters that didn’t work; scenes that were too long; words that I’d used too many times in one paragraph – they were all as clear as day.

Having that little break from a piece of writing that you’ve spent a lot of time on, gives just enough distance for you to be able to read it afresh and see it more as a reader; noticing all the problems with it, as well as the good bits.

So, next time you finish a piece of writing, do what the dog would do and let it rest for a while – but whether you shove it into the back of a cupboard, save it to a memory stick, or let it flop down onto the comfiest cushion in the living room, is completely up to you!